Antonis Zacharakis (Rethymno, November 28, 1969) is a Greek musician and composer. He was born in Rethymno, Crete, on November 28, 1969. He started playing music in 1983, where he took his first percussion lessons at the Rethymnon Municipal Philharmonic Orchestra with professor Nikos Antonakakis and conductor Costas Apostolakis. He is a member of the Rethymnon Experimental Symphony Orchestra as well as a member of the musical group "Voices of the South". He first appeared in the discography in 2000 on an album by Christos Angelopoulos. In 2009 he made his theatrical debut signing the music for the play "Cinderella" by Theatrical Periplou. Documentary in collaboration with the Chania Film Laboratory and the director Theodoros Thomadakis. 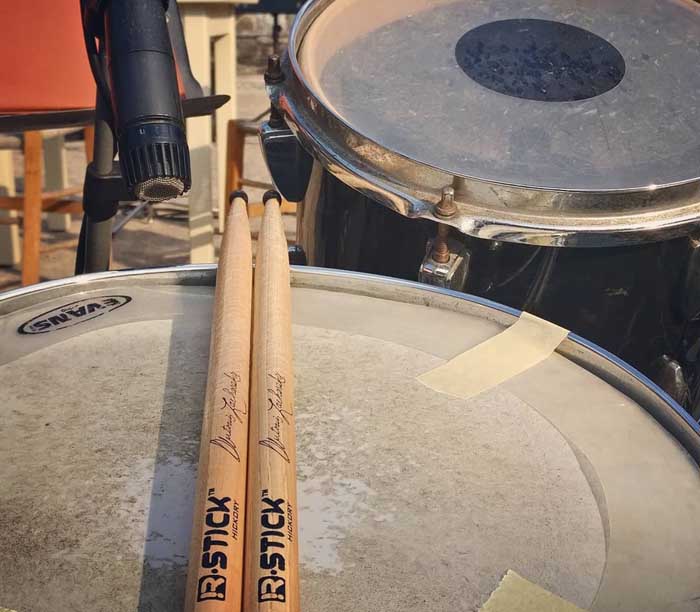 In 2017 he was awarded for his music in the short film "The Journey" (directed by Giannis Bletas) by the Cyprus International Film Festival (CYIFF) and by the Mediterranean Film Festival Italy. He has collaborated with Stamatis Kraounakis, Vassilis Skoulas, Pantelis Thalassinos, Georgia Ntagaki, Erofili, Dimitris Yfantis, Ioanna Forti, George Nikiforou Zervakis, Stelios Bikakis, Michalis Nikiforos and others. He lives permanently in Rethymno, Crete, where he works as a percussion teacher at the Philharmonic of the Municipality of Rethymno.