"Diablery" is a Message - a herald of the Aeon in its luciferian expression. For us, "Lucifer", is also acknowledged as Man's Inner Flame or Will. We believe that 'Will' is the first pillar of Attaining Wisdom, Knowledge, Freedom and ultimately the Godhead. Diablery were created by Nimerius in 2008 in Chalkis, GR, but now are based in Athens, Greece. We have released 2 EPs ("The Catharsis" 2010, "The Eye" 2011), 1 album ("Architect" 2014 / mixed and mastered by Børge Finstad / Toproom Studio) and 1 split mini album ("Entropy" 2017 / mixed and mastered by Void of Cosmos studio) with Shadowcraft through "Black Market Metal" from Canada. Both "Architect" and "Entropy" have received very good feedback and reviews. Throughout the years we have performed beside many bands, the most respectful of them being Inquisition, Arcturus, Negura Bunget, Schammasch, Altar of Plagues, Year of no Light, Negator, Grimegod. Also a mini-tour took part in several cities of Greece, a memorial gig at "Astarte Fest" in the honor and memory of Astarte's frontwoman, Tristessa and our participation at Freie Geister fest in Bremen, DE. At the moment we are recording our second full-length album entitled "Candles" that will be released by Saturnal Records and we are booking several shows across Europe. 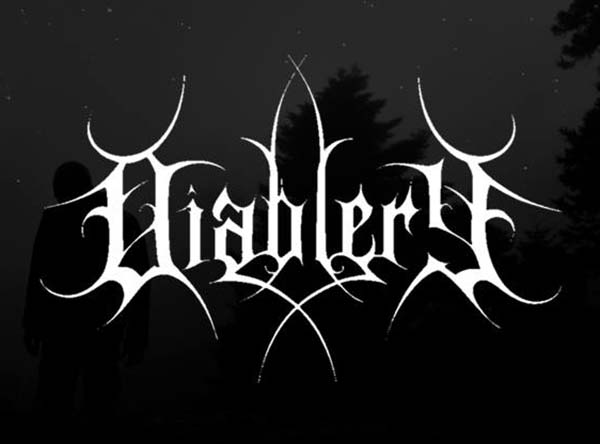 Formed in 2008 ,"Diablery", is a herald of the Aeon in its luciferian form. Lucifer, being Man's Inner Flame and Will. This Fiery Will is the first pillar of Attaining Knowledge, Wisdom and ultimately the Godhead.
Diablery acts as the manifestation of that Will, using the medium of black metal.
Custom Drumsticks