professional musician since the age of 20

Nikodemos Papoutsis is a native of Drama, born in 1994. He began to play drums at the age of 16, playing along to the music he listened to. At the age of 18, he took lessons from Demetris Cheliotes at the Municipal Conservatory of Ioannina, and is currently under the tutelage of Kostas Demetriou at the “Ioannina School of Music”. He has been a professional musician since the age of 20, playing a wide variety music styles and playing numerous gigs, the majority of them in Ioannina. In August of 2015, he earned a scholarship from the “Ioannina School of Music” at the “Corfu Rock School, the basic teacher of which was Ron “Bumblefoot” Thal (Guns n’ Roses, Sons of Apollo) while the drums instructor was Mikie Piescki. During the course of the Corfu Rock School he participated in a gig with Bumblefoot. In June of 2017 he earned yet another scholarship from the “Ioannina School of Music” and participated in a 10-day summer camp organized by the contemporary music conservatory “The Drummers Studio” in Franklin, MA in the United States of America, the instructor of which was Kris Russel. During these 10 days, Nikodemos was both a student, and a teacher of the students of the conservatory.

Nikodemos is a graduate of the Department of Primary Education of the University of Ioannina. He has been employed as a drums instructor since September of 2016. 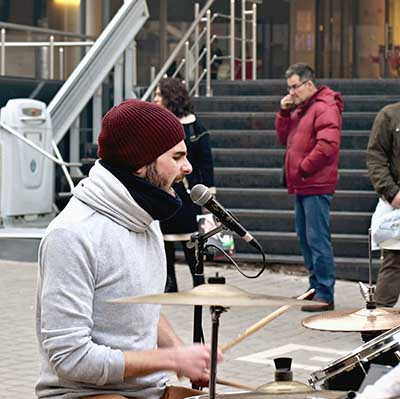 Nikodemos is a graduate of the Department of Primary Education of the University of Ioannina. He has been employed as a drums instructor since September of 2016. 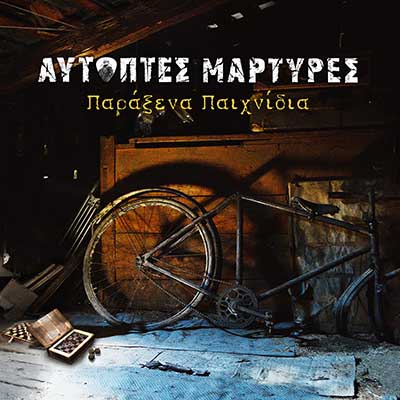 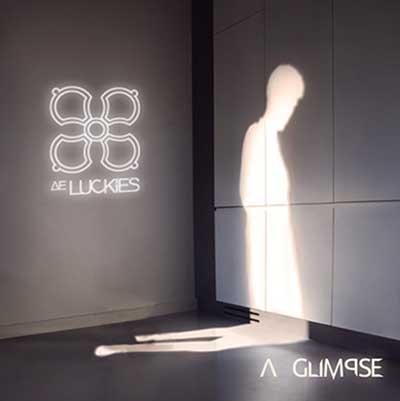 While in the U.S.A., he participated in a jazz gig at Wally’s Jazz Club in Boston and in a blues gig at Weymouth, MA, together with Willie J. Laws and his group. He currently plays with a band called “Δε Luckies”, and in the personal project of “Petros Fuzzhead” at Ioannina.