Nash - Tasos Makridis is a Greek drummer born in Xalkidiki and he is corrently living in Thessaloniki since 2009. By the time he started school in thessaloniki he met a few members of his corrent band INHUMAN RAGE (Kostas Kordatos , Stelios Dimstas , Paraskevas Mataras).He played and recorded for the first time , in their first E.P "Psychological War"and then their first debut album "Made By His Image...Killing To His Name".During 2013 he started a second band with Thanos Samaras and George Romiopoulos RUTHLESS VOID and they are in the way for their first Demo .Although he managed to perform some concerts with some other bands for a season

OF DESTRUCTION and DIVINE ASSAULT .In 2016 Nash and Haris (SEED OF DESTRUCTION) create a new project band with name HUSH ON THRASH and the project still going . Tasos ia also member of Kin Beneath Chorus Band from Thessaloniki. 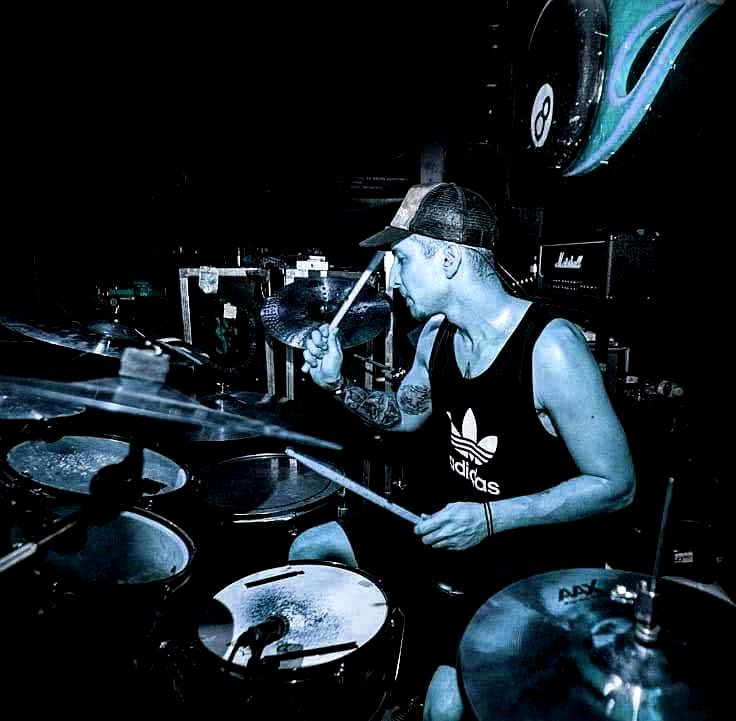 Kin beneath chorus were formed back in 2010 in Greece, Thessaloniki.
Discography
- Nothing is Sacred (Demo, 2011)
- Futuristic.Composed (Full Length 2013)
- Invia (Full Length, 2017)
Custom Drumsticks