The band was originally founded in 1992 by two friends who used to jam on top of their building.

Armed with enthusiasm, desire and, most of all, love for music, they decided to pursue what every teenager at the time was dreaming of,

so they formed a band to play their beloved Heavy Metal sounds. First name that popped in was Blessed Death, which was dropped a bit later. 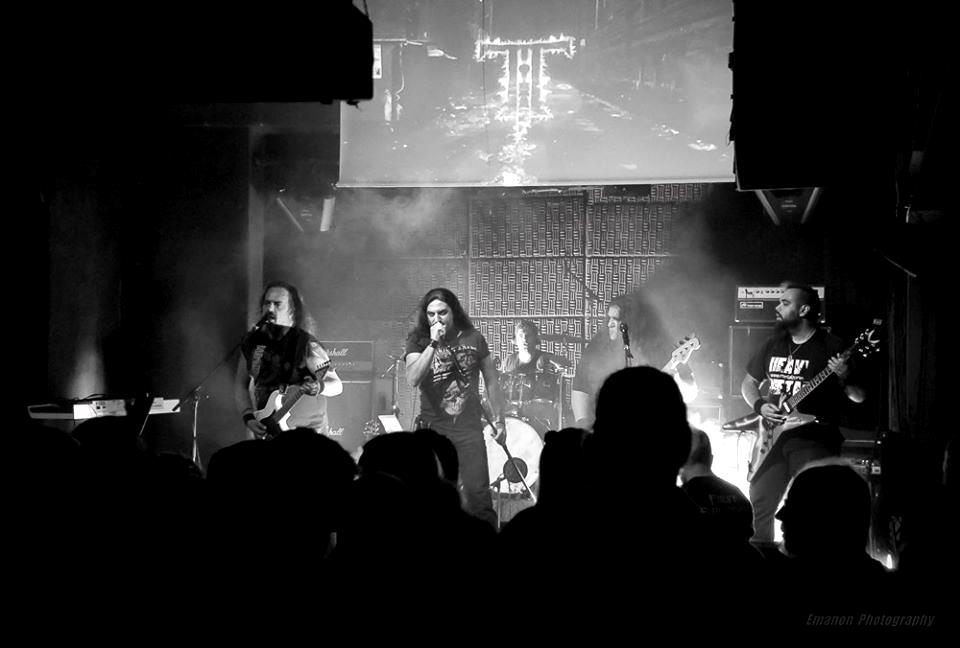 I’ve been playing since 1990… First pair of drumsticks was more of a joke than a considerable product. Through the years though… I got to appreciate good craftmanship and quality progress. R-Stick managed to provide a truly professional series and I’m glad I belong to the family. George is totally it!
Thank you so much for my custom-made beauties! Kostas Koulis – Illusory
Illusory Custom Drumsticks

Ivory Tower that was more like it. Maybe way more like it! They started recruiting members and then the band began rehearsing and then found shelter in various studios in the area. The bands hometown, Moschato Greece, is utterly well-known for the fine wine, produced ages ago though, yet still haunting the name of the city. Thus, like good wine in the process, Ivory Towerwas maturing nicely, obtaining a better taste by the day, the month, the year. Numerous line-up changes happened through the years. The band was rehearsing, composing and playing at various Rock clubs and bars in the Athenian area, mostly covers and a couple of their own songs. Things were getting tougher and tougher as those who had belief in the band had to leave to serve their country (obligatory in Greece) and hiatus become a fact. However, since What does not kill me makes me stronger, when those people came back, it was back to the table with the band. Constant rehearsing, composing and live gigs again. Excitement, tension, a lot of sweat in the middle and the first song bouquet is ready to be served. The band handled the whole issue as a collective, creating the album cover, arranging the sleeve, printing and packaging the promo-album.. Read more...
It was the year 2006 and The Ivory Tower saga was about to begin! They started selling their newborn in gigs, via mail and thru their website to those who had listened and wanted to listen some more. Soon the band became an underground attraction and a fan-base shadow had appeared in the background. Line-up was an issue until then but luckily, with the addition of a few people believing in the band, the Ivories (members beloved nickname) became stronger and dared challenge their own fate. Comes June 2008, the sextet is opening for legendary Blue Oyster Cult, at a fantastic open air venue in Athens. Gig was an absolute bliss, headliners did actually pay attention to the Greek youngsters and history began writing itself in a whole new chapter. A few months later the band finally found a place of their ownTheir own studio, the iCave, their lil creation and implementation place/refuge. The idea was to have a place to go to, be free of schedules and other peeps interfering and things not relative to them. The basic concept was to recreate a truly phenomenal story. The aim was to re-record their promo-album, to turn it into a fresh sounding, ultra-complete professional feature. They began recording, adding new ideas, painting a totally different landscape. Then, when the songs were recorded the best possible way and their concept was ready for some serious mixing and mastering, the boys decided to send to one of the most experienced teams in doing so. The valuable package was shipped to Germany, Mystic Studios and R.D. Liapakis and Christian Schmid.