Hugo Olivos is a Mexican drummer born in Toluca Mexico and he is currently living in Cyprus.

While he was living in in Mexico he played in a band called Inhearted (Mex) where he recorded his first professional album called 'Deduce to Purgatory' (2008). Drumming has become his main activity (teaching, recording and playing) since he moved to Cyprus in 2009. During 2010 he joined Vomitile (CY) a death metal act in which he has recorded two full length albums 'Igniting Chaos' (HPGD, USA) and 'Mastering the Art of Killing' (Pitch-black Records). With Vomitile he has opening the concerts of Sodom (Ger), Obituary (USA), Vader (Pol) and played a mini tour in Greece during 2012 (Athens and Thessaloniki) along with Onslaught (UK). Also, the band has been confirmed for their first European Tour in October 2014 along with Master (USA). He has been interviewed and featured by Sickdrummer Magazine in May 2014 and he is also sponsored by Mapex Drums. He currently plays as live member in the epic power metal acts Arrayan Path (CY) and Astronomikon (CY). In 2012 he worked as the drum tech for the making of the first live DVD of the famous heavy metal act 'Iced Earth' in Cyprus called 'Live in Ancient Kourion'. His work as a drum teacher and his constant live performances with Vomitile in Cyprus and Greece, make him a very active drummer.

His character and skills have helped him to earn in a short period of time his own place in the music community in Cyprus being recognized as one of the most talented drummers of the metal genre on the island. 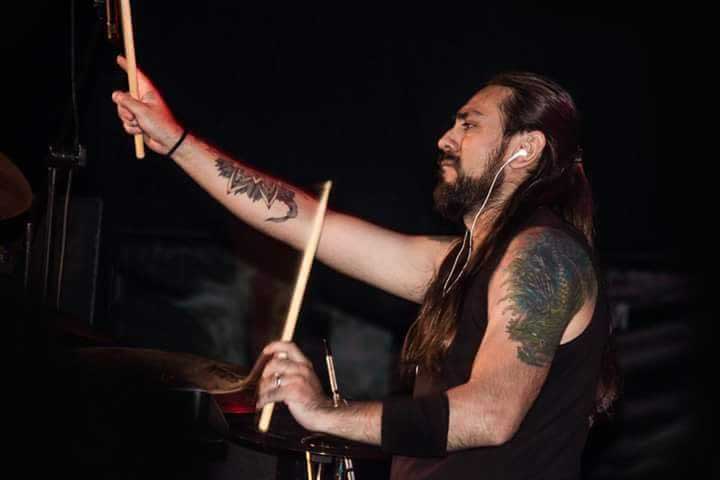 Vomitile is a Death Metal band from Cyprus that was formed in late 2007 by Panos Larkou and Khatch Yildizian In 2009 saw the band entering the studio for the first time to record their self released EP 'Rotting Life' which consisted of 7 tracks. After the recordings the band wanted to add more aggressiveness to its music and in order to so, some changes needed to be done. Thus, during 2010 a couple of changes in the line up were made forming the band as follows:
Yiannis Gregoriou – Vocals, Khatch Yildizian – Bass, Panos Larkou – Guitar, George Yildizian - Guitar , Hugo Olivos - Drums
Vomitile Band