Adrian has started playing/practicing the drums at the age of 15, mainly going on as a 'self-taught' drummer, playing along songs of his favorite bands. He has taken lessons for about 3 years, from 2008 to 2010 (Nakas Conservatory Ioannina) and then, in 2017 (Ioannina School Of Music), under supervision of Kostas Dimitriou and Panos Kokkinis, 2 exceptional drum-teachers/musicians, eventually turning into 2 very good friends. His biggest influences drumming-idols are drummers like Tommy Aldridge (Whitesnake, ex-Ozzy, etc.), Tommy Lee (Motley Crue), Brent Smedley (Iced Earth), Andre Hilgers (Bonfire, ex-Rage, ex-Axxis, etc.), Mike Portnoy (Sons Of Apollo, ex-Dream Theater, etc.). He has been recording and playing music live for the past 11 years. In 2009, in his hometown, Ioannina, he formed the Heavy Metal band 'BanDemoniC', that has released the "Chains" EP (2012), the "Fires Of Redemption [Steel Gallery Records]" Album (2014) and the "Against All Odds [Steel Gallery Records]" Album (2018), as well as has shared the stage with artists like Diamond Head, Enforcer, Firewind, Joe Lynn Turner, Wardrum, Helstar, Primordial, Grim Reaper, Paul Di Anno, Sacred Steel, Innerwish, Spitfire, Bumblefoot, Heathen's Rage, etc. He was an active member of the band till its inevitable split-up. Since 2018, he has been a permanent drummer of the Hard Rock/Glam Metal band 'Cyanide 4', based in Athens, with which he has recorded the band's 3rd album entitled 'AmaΛgamA' (to be released in 2020), has done a Greek Tour and been special guests on both Bonfire's Greek shows, too, so far. More to follow for sure! Additionally, he has taken part in some music-projects/groups and local events in his hometown, Ioannina. 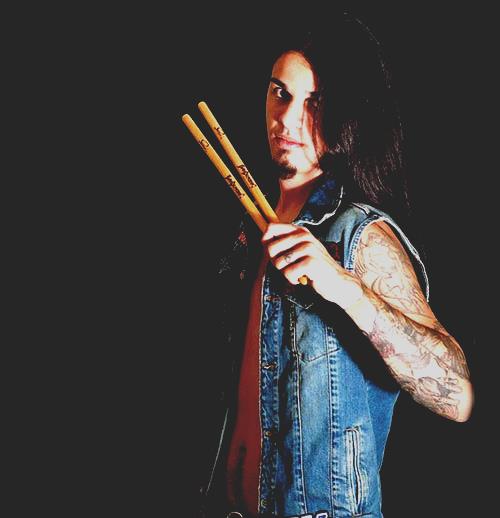 Cyanide 4 is a Glam/Sleaze Metal band formed in Athens, Greece